It was one of those wonderful discoveries you dream of but never expect – half-price beer. And not just any beer, but premium, top-quality stuff, a while ago at my local supermarket.

“We’re discontinuing these lines,” said the shop assistant. “They’re almost all gone, so we’ve knocked down to half-price what’s left, to get rid of them today.”

There were only about six boxes left, and I bought virtually the whole lot. As I left, I asked the guy why they were discontinuing the sale of such good beers. 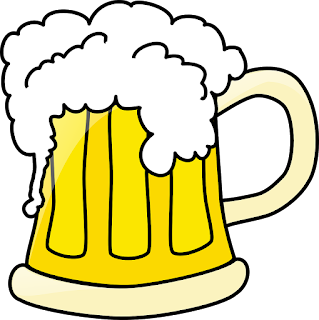 “We want to make space for more mixed cocktail drinks,” he said. “That’s where we make our biggest profits.”

I thought of this a week later when I attended a talk on teenagers and parties, given at my sons’ high school. The presenter was a local policewoman, Susan, an attractive blonde woman with the build of an East German swimmer, who told us she was previously in undercover.

What she said was blunt:

* Teenagers nowadays want alcohol at their parties, and they’ll bring it in, no matter how strict your supervision. They’ll hide it in trees, in your neighbor’s property or wherever, to retrieve once the party starts. The latest trick is to gift wrap it and pretend it’s a present.

* Some parents [I think she might have been looking at me when she said this] allow their teenagers a little alcohol at home, and are happy when they find the kids actually don’t like it. But that’s because they’re serving them expensive wine, when what the kids want are [the above-mentioned] cordial-like mixed cocktails.

* She said she tries all the new cocktail drinks as they hit the market. The latest milk-based drinks have no alcohol taste at all. They’re like liquid Mars Bars. And as most of these drinks are vodka-based they don’t leave an incriminating alcohol smell on the breath.

I went out and bought four of these drinks and later at home I tried them. Mudshake and Cowboy are milk-based cocktails tasting, respectively, of caramel, and butterscotch and cream. Vodka Cruiser is like a fizzy, passionfruit-flavored soft drink. Flirtini is a raspberry-flavored vodka cocktail, and the only one of the four that makes you feel like you’re drinking alcohol.

All four were extremely sweet and syrupy, and each left a bitter, metallic, chemical after-taste. Each had an alcohol content of around five per cent, and cost from A$3.30 to A$4.00 for a small bottle. This is more than double the price of a larger can of beer, with similar alcohol content. No wonder the supermarkets want to make more space.

I am still not sure where to direct my anger.

It’s clear that our kids are being royally ripped off, but it seems nowadays that if they’re not buying over-priced alcohol then they’re spending their money on new ringtones for their mobile phones, or on $100 designer sunglasses or wallets or whatever.

It’s disgusting that liquor companies are making alcoholic drinks that taste like chocolate milk shakes and are clearly aimed at the young. But if you have a liquor industry you can’t really expect them to make only drinks that people don’t like.

It’s dreadful that it is, apparently, not overly difficult for young people to obtain alcohol, though I don’t think that’s new, and, anyway, it’s probably pretty inevitable in a free society.

I think to me the outrage is that we have given our kids so little to believe in, that, when they get to a party, about all they want to do is get blind drunk as fast they can.