It’s funny the memories you carry through life.

I lived in Tokyo for seventeen years, and a powerful memory from my years there is that it was the place where I discovered Country and Western music. 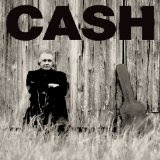 This was because I listened regularly to the Far East Network, the US armed forces radio station, which at that time provided the only English-language radio programming available. It broadcast a lot of Country and Western music, and I became a big fan. In particular, I came to love Johnny Cash.

One day I borrowed from a public library a Johnny Cash LP record called “A Believer Sings the Truth,” and made a cassette tape of it. I listened often. It was Cash at his hard-driving, rockabilly best. It was also – though I didn’t realize it at the time – a celebration of hard-core Southern Baptist fundamentalism.

I wasn’t a Christian in Japan, and there was no apparent Christian influence on me there. I have often wondered how it was that, on arriving in Australia from Tokyo in 1993, I so unexpectedly felt the urge to turn up one Sunday at my local Baptist church, and so quickly gave my life to Jesus. Could it have resulted from a regular listening to Johnny Cash?

“A Believer Sings the Truth” is surely one of the great Christian recordings, and I don’t understand why – as far as I can learn – it has never been put on CD. At the time I didn’t pay much attention to the lyrics. Or so I thought. But was I picking up more than I realized?

I was dying,
And the time was flying,
And I heard Him calling me.
My will was bent,
And I did repent,
And His sweet love set me free.

And the dead of all the ages
Who believed on Him will rise.
And I’ll be one,
I’ll be one,
In the first resurrection,
When He comes.

When the tribulation darkens the way,
That’s when you get on your knees and pray.

Yes, I know when Jesus saved me,
Saved my soul.
The very moment He forgave me,
He made me whole.
He took away my heavy burdens,
Lord, He gave me peace within.

I was lifted one night
By God’s blinding light
And it shook me right out of my sleep.
As His love entered in
It washed away my sin
And I praised Him down on my knees.

Several writers have speculated that the immense popularity in Japan of the music of Johann Sebastian Bach is, in some subtle way, bringing some Japanese to the Lord. Could Johnny Cash have done the same for me?