It can be fascinating leading a weekly Bible study in which all the participants – bar myself – are Asian. It sometimes helps bring the Bible to life.

Once we were discussing the issue of eating food that had previously been offered to idols. This is a real issue for many Asian Christians. Despite the words of Paul (for example, in First Corinthians he says about such food that, “we are no worse if we do not eat, and no better if we do”), most Asian Christians I know will not eat food that has previously been placed as a religious offering before the home altars that are found in the houses of many Buddhist and Taoist families. 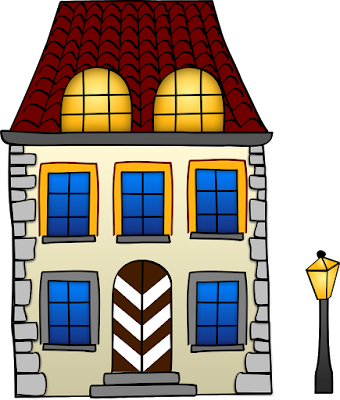 My (Korean) wife had previously refused to eat some choice fruit offered to her by a Chinese Buddhist friend, after learning that it had come from the family altar. Others in our group say that when they are given such food they accept it, but will not eat it, instead passing it on to Buddhist friends.

I recall the time when we were talking about feng shui, an ancient Chinese spiritual discipline that seeks to bring harmony to our lives through bringing us into alignment with the natural forces of the universe. It is often used in home design and construction.

One member of our group noted that feng shui is practiced routinely by so many Chinese – particularly in Singapore – that even Christians subconsciously apply many of its principles when buying or building a home. That led to a lively (and unresolved) discussion about whether Christians should be adhering to the practices of other spiritual disciplines.

It’s like the argument about whether Christians should practice, say, yoga. And I guess Jews have similar issues about whether or not to ignore Christmas.

One lady told how her Buddhist father-in-law, visiting Melbourne from Malaysia, called in a feng shui expert to check out their home. She admonished him (it takes guts for a Chinese woman to admonish her father-in-law) and told him not to talk about these things.

As she said to us: “I don’t believe in feng shui, but it can prey on your mind. It’s better not to know.”

I know what she means.

In our neighborhood of Melbourne is a giant, white-stone mansion owned by a family of very wealthy Indian Sikhs. (Locals jokingly refer to this palace-like residence as the Taj Mahal.)

Three-and-a-half years ago we bought a new home. And when we came to sign the purchase contract we learned from the real estate agent that we were buying from this particular Indian family, who owned many properties around Melbourne.

One Saturday, soon after we moved in, I was away, but my wife was working in the garden when an Indian couple arrived. They asked if they could take a look at our house. It turned out that they were members of the wealthy family that had previously owned it.

They told my wife that of all their many properties, it was our house that had been their former residence, before building their mansion (and then renting out our house for many years).

“We were struggling,” they said. “But after we moved into this house all our businesses started to prosper.”

They told my wife it was a shame we had removed the small pond they had built in the front garden, as this was particularly auspicious. Nevertheless, they assured her: “This house is an extremely lucky house.”

My wife told them that as Christians we believe all our blessings come from God. And of course I do believe that.

Yet, the words of those Indian visitors do prey on my mind. Is mine a lucky house? I can’t help – very occasionally – hoping so.